A RAISIN IN THE SUN

This Guide relates to the play itself and to three film presentations:

The script of the play is also available from Amazon.com.

THE BEST OF TWM

One of the Best! This movie is on TWM’s short list of the best movies to supplement classes in United States History, High School Level.

One of the Best! This movie is on TWM’s list of the best movies to supplement classes in Drama, High School Level.

One of the Best! This movie is on TWM’s list of the best movies to supplement classes in Health, High School Level.

Adapted from the play written by Lorrane Hansberry, “A Raisin in the Sun” shows the struggle to achieve the American Dream by a poor black family living in Chicago. The matriarch has inherited enough money to make a down payment on a home in a white neighborhood but her son wants to invest the money in a liquor store so that he can better care for his pregnant wife and child in the future. Complications among family members are exacerbated by the resistance of the white residents in the neighborhood of the purchased home.

The film can be used to introduce the Great Migration, Pan-Africanism and the on-going problem of fair housing in the U.S. The play on which the movies are based is a classic of the American stage. As an adaptation of Hansberry’s play, the movie facilitates the study of the fundamentals of drama including literary devices such as theme, plot, characterization, symbol, motif and irony. It also affords an introduction to the poetry of Langston Hughes.

Point out to your children some of the social changes that have occurred since the 1950s and how far the U.S. still needs to go to fully implement equal opportunity in housing.

Going Beyond “A Raisin in the Sun” — An Historical Note

At the end of the play, TWM suggests that teachers focus on one of the real-life incidents that led Lorraine Hansberry to write “A Raisin in the Sun” by providing the class with the following information:

Lorraine Hansberry’s father was a social activist who fought restrictive covenants in deeds, a method that whites used to prevent blacks and other minorities from purchasing homes in all-white neighborhoods. Mr. Hansberry pursued his case all the way to the Supreme Court and won. To maintain the lawsuit he had to move his family into a previously all-white neighborhood. Lorraine Hansberry described her childhood experiences in breaking the color bar in a letter that she wrote to the New York Times in 1964.
[My father’s] fight also required that our family occupy the disputed property in a hellishly hostile “white neighborhood” in which, literally, howling mobs surrounded our house. One of their missiles almost took the life of the then eight-year-old signer of this letter. My memories . . . include being spat at, cursed and pummeled, in the daily trek to and from school. And I also remember my desperate and courageous mother patrolling our house all night with a loaded German Lugar, doggedly guarding her four children . . . . Letter to the Editor of the New York Times, April 23, 1964.
The Youngers knew what they were getting into.

Have students read Harlem (also called A Dream Deferred) and Mother to Son by Langston Hughes.

After the film has been watched, engage the class in a discussion about the movie.

1. Describe the main conflict of the play from the standpoint of Walter and then from Mama’s standpoint. How are their concerns different?

From Walter’s standpoint, the conflict throughout most of the play is how to get money from Mama for the liquor store investment. When he is successful but loses the money, the question is whether he will sell his principles for money that might allow him to make another investment in a business. However, viewed from another angle, Walter’s efforts throughout the play are an attempt to find a way to become the head of the household, to come into his manhood, as his mother said. This encompasses both the effort to make money from the liquor store investment and the rejection of the neighbors’ offer. From Mama’s standpoint, the conflict is whether, despite the forces of poverty, racism, and alcohol, she can help Walter to his manhood, to enable him to grow enough to merit being head of the household. Mama’s actions throughout the play, entrusting Beneatha’s share of the money to Walter, giving Walter a third of the money for his own use, challenging Walter to tell Ruth not to have the abortion, and giving Walter the say about whether to take the neighbors’ offer, were for the purpose of giving Walter the opportunity to act responsibly and to have him come into his manhood. He finally came through when he declined the neighbors’ offer.

2. After Walter realizes that Willy Harris has taken the money, Walter says that the world is divided into the “takers and the tooken.” (p. 141) He points out that some people just take what they want in life without regard for whether or not others might suffer. He feels that the takers victimize those who care about whether their actions are right or wrong. Walter says, “There ain’t no causes. There is only takers in this world.” At that point in the play, Walter wants to be one of the “takers.” What is the role of this concept in the story?

This thought shows Walter’s loss of hope and states a view that is contradictory to one of the major themes of the play, that you cannot put a price on your principles. Ultimately, Walter rejects the idea of being a “taker” when he decides for the second time to spurn the neighbors’ offer. The role of Walter’s espousal of the idea of the “takers and the tooken” is to highlight and explain the theme by contrast and to underscore the full extent of Walter’s transformation at the end of the play.

The concept of the “takers and the tooken” also plays a role in the plot. Walter invites Mr. Lindner back to the home so that he can accept the neighbors’ offer. This sets up the climax of the play in which Walter rejects the neighbors’ proposal a second time.

3. The early days of neighborhood or school integration engendered fear on the part of both whites and blacks. What do you believe to be the source of this fear?

Answers will vary. Some people felt physically threatened when they moved into a neighborhood where they were unwelcome. Some feared the threat of financial loss or decline of status as newcomers moved in. For many people, concepts of ethnocentrism, such as a belief that integration would lead to intermarriage, aroused the fear of social change that came with integrated neighborhoods.

4. Some assert that the ideas and images shown in “A Raisin in the Sun” may be interesting in terms of history, but are no longer applicable to modern society. What is your opinion on this issue?

(1) While race relations have improved, racism is still a problem in the U.S.

(2) The Youngers are representative of the generation of black Americans who insisted on better treatment and who started the Civil Rights Movement; this generation deserves to be remembered.

(3) The play is a great work of art, displaying a masterful use of the elements of literature and drama.

(4) The play deals with truth. It was not just a figment of the playwright’s imagination that whites would resist blacks moving into their neighborhoods and that the more sophisticated whites would try to buy the black family’s out. This happened. For example, it happened to Coach Boone, the black head football coach in Remember the Titans.

(5) The lessons taught by this play about people, family dynamics, and life choices are universal and are still relevant today; they apply to people in different societies all over the world. For example, families in every country, rich and poor, face the question of how to raise their children and how to negotiate the transfer of power from one generation to another. Parents, such as Lena Younger, must still decide whether to trust their children when the parents have grave doubts about whether their children are up to the challenge. People from all continents still struggle to realize their dreams and must decide when to press forward, when to step back, and when to give up. Families the whole world round must determine how limited resources will be spent: which goals will be pursued and which will be abandoned. Families everywhere must grieve their losses and forgive each other. People in oppressed groups face the question of when to stand up and oppose the forces that hold them down. Some people in every generation will be put to the test of whether to sell their principles. All of these questions are explored in this play.

(6) Finally, “A Raisin in the Sun” was the first successful Broadway play written by an African-American woman.

Any of the discussion questions can serve as a writing prompt. Additional assignments include:

1. Research and prepare a PowerPoint presentation for your classroom on one of the following topics. Be sure to keep a connection between your research and the influence your topic has had on the story that unfolds in the film.

2. Write an essay in which you defend your opinion through direct reference to action and dialogue in the film on one of the following assertions:

3. Write a personal essay in which you use the experiences of your own family, or of others whom you have known, in regards to the experience of integration, either in housing, the workplace or in school.

This Learning Guide was written by James Frieden and Mary RedClay. It was last updated on August 24, 2012. 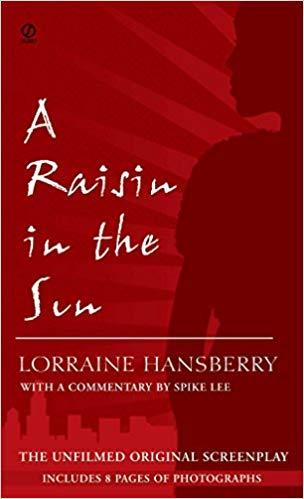 The Long Walk Home details another Southerner who breaks with his (in this case her) neighbors in order to do justice. The Autobiography of Miss Jane Pittman looks at the South during the period after the Civil War.

See English Learner Movie Guide to “To Kill A Mockingbird” from ESLnotes.com.