THE BEST OF TEACH WITH MOVIES
SCIENCE — HIGH SCHOOL LEVEL

TWM recommends these movies as the best of the best in meeting curriculum standards while providing students with stellar educational experiences.

Give us your input!  Email your nominations and a description of your reasons, including your experience with the film. Tell us the name of your school and what grades you teach. You might find yourself in print.

Check the list from time to time.  We’ll change it depending on your feedback and our experience. It’s an ongoing conversation.

This movie is a science fiction thriller about a genetically engineered dystopia sometime in the near future. It raises interesting questions about genetic engineering.

Gorillas in the Mist

This movie portrays the first affectionate communication between a human being and a mountain gorilla in the wild. It also shows the difficult, but ultimately successful, efforts of Dian Fossey to save the mountain gorilla species from extinction. It will inspire children to study and learn about conservation, the environment, the great apes, Africa, and this most remarkable woman.

At age five Lorenzo Odone was diagnosed with a fatal sex-linked genetic-based disease. Disregarding their doctor’s advice to resign themselves to watching their son slowly sink into paralysis and death, Lorenzo’s parents tried to find a cure on their own. They spent hours reading scientific literature and tried different remedies on their own. Finally, they found an oil that stopped the relentless advance of the disease. While it was too late for Lorenzo, who was left paralyzed and trapped in the shell of his body, the treatment discovered by the Odones was later found to help thousands of other boys who have the disease. Lorenzo’s Oil is still used today.

Merely watching this film is a hard-hitting life experience. It can serve as a motivator in the study of the scientific method, chemistry, biology, neurology, and genetics. The movie is an excellent introduction to the medical research establishment and to the ethics of clinical trials. Lorenzo’s Oil teaches courage, persistence and that sometimes motivated people can achieve the impossible. It also shows that the disabled are real people with feelings and intelligence. The film explores some of the problems in getting society to take note of and to address extremely rare diseases.

See also the following lesson plans developed from this movie:

The Development of Lorenzo’s Oil, Strange Twists of Fate, and the Scientific Method — a mental exercise in applying the scientific method and developing hypotheses in a real-world situation — Middle School/Jr. High and High School Science, with particular relevance to Biology;

March of the Penguins

This beautiful and informative documentary tells the fascinating story of a year in the life of an Emperor Penguin colony. March of the Penguins shows how emperor penguins have adapted to one of the most challenging environments on earth. The film displays the amazing beauty and harshness of Antarctica. The special features are engaging and provide additional information about penguins and Antarctica.

A young and inexperienced researcher is sent on a mission to Alaska to learn about the lives of wolves. The movie is the story of his misadventures and his discoveries. The TWM Learning Guide to Never Cry Wolf will help teachers and parents instruct children in ecology and the necessity of rehabilitating animal species once considered pests.

This movie describes the wonder of avian migration. The filmmakers got very close to the birds as they flew. The photography is spectacular.

Winged Migration will motivate children to study migration. TeachWithMovies.org provides a complete lesson plan relating to migration that can be used for all or some of the following purposes: (1) introduce students to migration, nomadism, and dormancy, important methods used by living organisms to adapt to their environment; (2) acquaint students with many of the concepts biologists use to describe those behaviors; (3) work with the vocabulary and explore the derivation of some technical terms used to describe migration, nomadism, and dormancy; (4) confirm the use of the taxonomy for animal species; (5) discuss the use of ultralight aircraft to reestablish lost migration patterns among birds; and (6) provide an example of the process by which government can act through NEPA (the National Environmental Policy Act).

TWM has developed a lesson plan and a Snippet Lesson Plan from this movie: 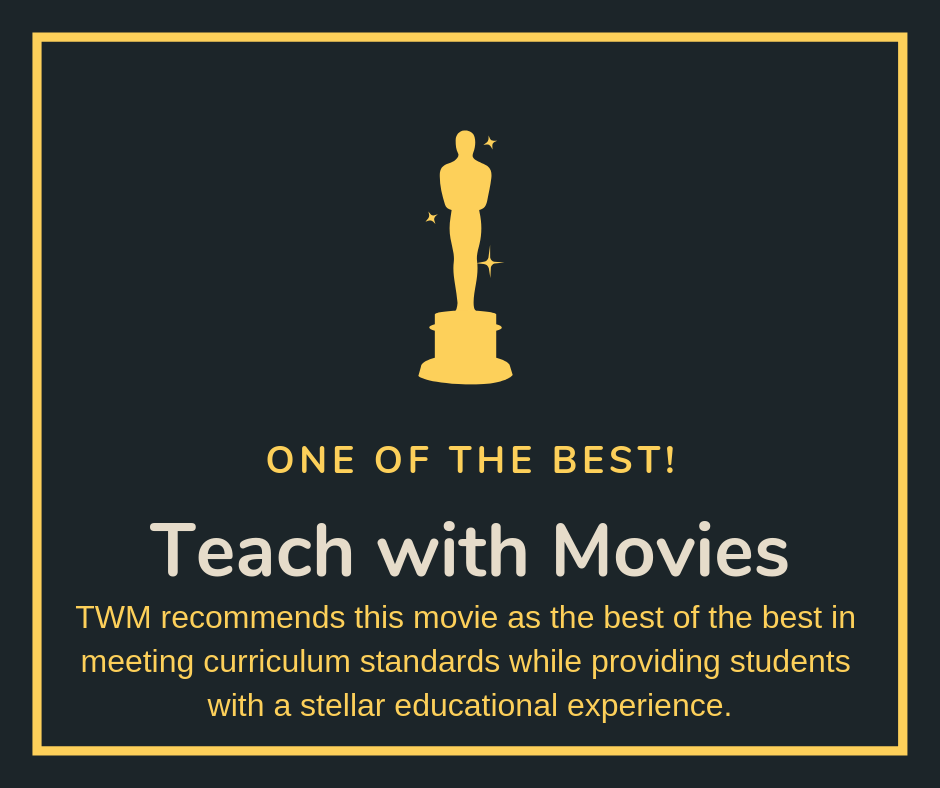 Give us your input! Email your nominations and a description of your reasons, including your experience with the film. Tell us the name of your school and what grades you teach. You might find yourself in print.

Review this list from time to time. New movies will come along and users will provide their suggestions. It’s an ongoing conversation. The films are listed in alphabetical order.

Your purchase of any product from Amazon through this link helps support TWM at no cost to you.