SUBJECTS — U.S. History & Culture: 1991 to Present;  and The African/American Experience and the Civil Rights Movement

AGE: 13+; MPAA Rating — R (for language throughout, including racial epithets, and for disturbing/violent material and some sexual references);

Using the Movie in the Classroom
Discussion Questions

Assignments and Projects
Links to the Internet

This movie is Spike Lee’s take on the story of Colorado Spring’s first black police detective, Ron Stallworth. In 1979 Stallworth ran an undercover intelligence operation in which he became the only African American to be granted membership in a KKK organization. The first half of the film shows Mr. Stallworth’s hiring and the beginning of the operation, sticking pretty much to the story described in the detective’s memoir. The second half of the movie careens into at times hilarious fiction, but ends with footage from the tragedy of the Charlottesville August 2017 Unite the Right rally, and the martyrdom of a young white woman Heather Heyer. However, all of the fictional elements in the second half of the film, are similar to incidents in history.

BlacKkKlansman is an excellent example of historical fiction in a comedy because it is solidly based on real events, even when it moves away from the specific story of Ron Stallworth.

Awards: The awards season is not over. This film is expected to garner a number of awards.

BlacKkKlansman is fun. It provides a comedic but accurate description of just a few of the evils of white supremacy and the KKK. The film shows blacks and whites working together to combat racism and white supremacy. The career of Ron Stallworth is a good example of integration at work in America. The link to events in Charlottesville in 2017 demonstrates that the threat of violence from white supremacists is still present.

Spike Lee, in his own inimitable style, has seconded Ryan Coogler’s accomplishment in Fruitvale Station by presenting a nuanced portrait of relations between blacks and whites. Stallworth’s white colleagues at the Colorado Springs Police Department have his back and enjoy his company.

Students will analyze and discuss the ramifications of an incident which affirms American values across racial lines with blacks and whites working together to combat racism. They will be motivated to study the KKK, the Black Power Movement, the history and the continuing challenge of racism in the U.S., and important events in the Civil Rights Movement such as the bombing of the 16th Street Baptist Church in 1963 and the 2017 Charlottesville Unite the Right Rally.

Watch the movie with your children. Tell them that what it shows about Ron Stallworth is mostly accurate: he was a young black police detective who ran an intelligence operation against the KKK, speaking several times on the phone to David Duke the “Grand Wizard” of the Knights of the Ku Klux Klan and receiving an official KKK membership card. Recount for your children some of the highlights that depict real events such as the time Stallworth was assigned to be the body guard for David Duke when Duke visited Colorado Springs and the way the police department would prevent cross burnings by increasing their patrols near locations where the KKK planned to burn a cross. Talk to them and show them pictures of other real events on which other scenes in the movie are based, such as the bombing of the 16th Street Baptist Church in 1963 and, for older children, the lynching of Jesse Washington in Waco, Texas in 1916. If you can, relate the racism in the movie to an event that your child has witnessed or experienced.

USING IN THE CLASSROOM

Before Watching the Movie:

Tell the class that many of the events in the movie actually happened and those that were invented by the filmmakers have precedent in the history of the KKK and the Civil Rights Movement. Three characters in the film merit mention.

After Showing the Movie:

Ask students to describe what they thought of the movie and the events it portrayed. In the discussion, teachers may want to bring up the following points:

1. It has been said that this film is director Spike Lee’s ode to integration. What is an “ode” and do you agree or disagree with that description? Defend your position.

An ode is a hymn of praise. The film, while it expresses a romantic feeling for “Black Power,” shows a black man, integrating into the larger society, and doing something good for all Americans by infiltrating the KKK. This incident shows that the KKK is ridiculous but also dangerous.

2. There are two radical groups depicted in this story, the KKK and the Black Power movement. What is this movie telling us about them?

That neither is right and that the only way ahead for America is integration.

3. [Ask for volunteers from the class to give one response to this question. Tell students that reasonable people may disagree and that if they disagree with what one of their classmates has to say or have anything to add, to raise their hand and they’ll be given a chance to contribute. Here is the suggested question:] “Farce is a type of comedy which uses exaggeration, buffoonery, and ludicrously improbable situations to evoke laughter or to amuse its audience. Great comedy also contains an element of truth. Name a scene in BlacKkKlansman that is farcical but also contains a kernel of truth. Describe the scene the truth that it refers to..” [Teachers: you may have to prod a little by asking more than once, “What is the truth here?”]

4. What are the strengths of this film?

There is no one correct response. A strong response will be that it is funny and the humor has strong elements of truth.

5. What are the weaknesses of this film?

There is no one correct response. A strong response will be that there are a few weird scenes that make little sense like the walk up the hall by Stallworth and Dumas, which is a scene apparently repeated in most of Spike Lee’s films.

6. Whose actions in this film actually benefit African Americans and, actually, all Americans? Is it the KKK, the Black Power people like Kwame Ture, the black student leader Patrice Dumas, or Ron Stallworth? Defend your answer.

Ron Stallworth and his fellow officers are the only people who actually help society by infiltrating and neutralizing the local branch of the KKK.

7. What is the role of irony in this story?

Any of the discussion questions can be turned into an assignment to write an essay.

1. Read Mr. Stallworth’s memoir, Black Klansman, and write a detailed comparison of what is reported in the book and what is shown in the film.

2. Write a persuasive essay entitled, “Director Spike Lee invites all Americans to laugh at white supremacists and the KKK. However, is white supremacy a laughing matter?” Argue for or against the tactic of using humor to discredit racism and white supremacy.

3. Write an expository essay on the history and influence of the KKK.

4. Write an expository essay on the history and influence of the Black Power Movement.

5. Write a persuasive taking a position on how much progress America has made in riding society of racism.

6. Write an expository essay on important events in the U.S. Civil Rights Movement.

7. Write an expository essay on protections for slavery written into the U.S. Constitution and how they have affected modern American history.

This Learning Guide written by James Frieden and was published on February 4, 2019. 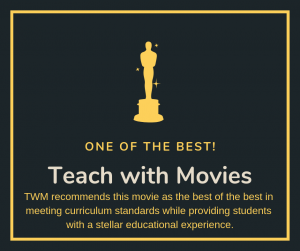