LEGNTH: Snippet is 4 minutes, 38 seconds; the lesson should take no more than 20 minutes.

Request for Assistance – if you are aware of any other situations in which art describes what science cannot, please send us a description at support@Teachwithmovies.org

Links to the Internet
Bibliography

This short TedEd describes one of the great unsolved problems in physics: how to mathematically describe turbulent flow in phenomena such as swirling water, the air from a jet engine, or dust and gas turbulence from a star. It then shows the amazing parallels between turbulent flow as it actually manifests itself in nature and the swirls in the Van Gogh painting Starry Night – 1889 and other paintings that Van Gogh made when he was at the peak of his distress from mental illness. The short concludes that, “[I]n a period of intense suffering, Van Gogh was somehow able to perceive and represent one of the most supremely difficult concepts nature has ever brought before mankind, and to unite his unique mind’s eye with the deepest mysteries of movement, fluid, and light.”

Other paintings by Van Gogh showing turbulent flow are “Wheatfield with Crows – 1890” and “Road with Cypress and Star-1890.” The TedEd animation is based on the paper “Turbulent luminance in impassioned van Gogh paintings” by J.L. Aragon et al appearing in the Journal of Mathematical Imaging and Vision, March 2008, Volume 30, Issue 3, pp 275–283.

Students will learn that there are some physical phenomena that are yet to be described by science but which are accurately described by artists.

Read this short Guide. Show your children the YouTube video and images of Van Gogh’s Starry Night – 1889 and Wheatfield with Crows – 1890;.  Then ask if they can figure out why Van Gogh was able to accurately replicate turbulent flow?

Ask the class, to explain the appearance of accurate descriptions of turbulent flow in some of Van Gogh’s paintings.  Make sure that the discussion includes that concept that as an artist who painted landscapes, Van Gogh would have to be a keen observer of nature.  What he painted was what he had seen in a stream or some other natural element.  In that sense, the fact that turbulent flow shows up in some of his paintings is not that unusual.

Papers and documents cited in the body of the Learning Guide.

This Learning Guide was written by James Frieden and was last updated on September 25, 2019 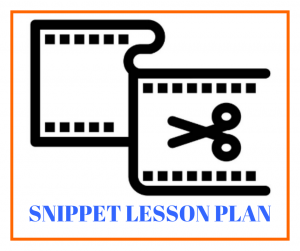